Today is our last history lesson for the term. We are going to be learning about one more activist today. He is a sportsman. Last week, we learned about an activist who was a sportsman too. Can you remember what his name was? That’s right, he was called Marcus Rashford. Do you remember what good change he wanted to make? He wanted to make sure that children got food vouchers for free meals in the holidays so that no-one went hungry.

Today’s sportsman is from America. He is called Colin Kaepernick and he is an American Footballer. Let’s see a picture of him in his sports kit!

As well as being a fantastic American Footballer, he is also an activist who has protested for civil rights. Civil rights is a name given to protests about racism (when people are mean to someone because of their skin colour). Before American Football matches, the American anthem is usually played. One day, before an American Football match that he was playing in, Colin decided that he wanted to protest against the bad things that were happening to black people in the USA. To protest, he decided to ‘take a knee’. Here is a picture of him taking the knee, which just means kneeling down on one knee. It was once used by Martin Luther King (picture 2), who one of our school teams is named after! 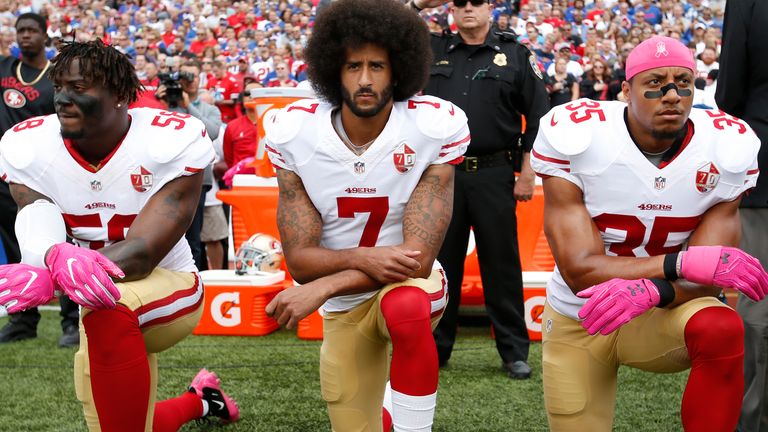 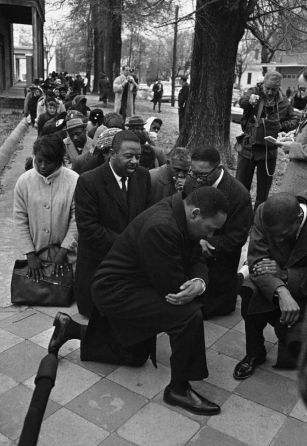 Soon, as you can see from the first picture, other American Footballers started to take the knee during the American national anthem too. Lots of people were supportive of Colin’s protest, like the famous sports company called Nike. However, some people were not very supportive of his protests, like the current president, Donald Trump.

Colin doesn’t play for an American Football team at the moment, but he has raised lots of money for charity and has worked with young people to talk about racism with them.

When you have finished, please can you send your work to year1@selsdonprimary.org.uk so that your teachers can see what you have been up to as well?

Today we are going to be looking at 3D shapes.

Where can we find a 3D shape?

We are going to watch this video to help us.

Today you are going to have a look around the room you are in and see what 3D shapes you can find.

If you are doing your learning at home- with your adult’s help, you can have a look around.

Let me know what you have found.

Here is a picture. What 3D shapes can you spot?

Let me know in the comments. 🙂

Good morning boys and girls, how are you feeling today?

Jump to your feet and let’s sing.

Today we are going to be learning about y as a vowel. We have learnt this before but it is worth revisiting as we come across this in many words.

Now if y is used as a consonant we normally find it at the beginning of a word and it will make the /y/ sound as in yes, yuck, and in some other words it can even say /i/. When y is used as a vowel it can say /ie/ or /ee/.

Read the words on the power point below to help you practise this.

Can you put any of these words into your own sentences?

Have a good day!

Activity: Record a video of you reading your fact file (your work in English this week).

Please send the video in by 11:30am, so we can send it on to the next teacher.

Have a fantastic summer holiday!

This is the last Wednesday of the year!

You have worked incredibly hard despite such strange circumstance this year.

The whole year 1 team are very proud of you.

For the last time we are going to dance and celebrate our achievements.

Thank you for being fantastic!

We have a Geography activity today and we are going to ‘fly’ to a new city today. This city is in a country called Japan, which is in the continent of Asia. What other country that we have learned about this year is in Asia? China!

Today’s city is called Tokyo. Let’s find out some more about it.

We can start by looking at this PowerPoint: Tokyo PPT

Then you can have a look at this video.

Like last week, your challenge is in 2 parts. Firstly, can you write/draw some things that you can find in Tokyo. Then, write down a difference and a similarity between Tokyo, Sydney and the UK.

When you have finished, please send your work to year1@selsdonprimary.org.uk or comment your ideas in the comments section below.

Today we are still looking at 2D shapes.

What do you remember from yesterday?

Which shapes did you find?

Today you are going to be looking at properties of shapes.

Take a look at this video:

Often the point at where 2 sides is called a corner.

Tell me the properties of these shapes.

You can always add your own shapes in.

I look forward to hearing from you in the comments.

I hope you’re having a good last week before the summer holidays! Have you got any plans?

See if you can follow the moves to the dance below – good luck!

Good morning boys and girls, how are you all feeling? Let’s begin with a song to make us feel good.

Let’s begin with our warm up challenge. We are going to start the day with a game of countdown. Look at the letters below and see how many words you can make in 2 mins. Remember you can only use each letter once!

Try some other challenges for me this morning.

Today we are going to look at the grapheme mb saying m. Click on the powerpoint below to read the words.

Can you put any of these words into your own sentences?

Have a good day!

Yesterday we started our fact file about ourselves and today we are going to write more about what we like. Remember your Year 2 teacher is going to see this, so make sure you show off your English skills.

Activity: Fill out the flower using the checklist below.

Selsdon Year 1
Create a free website or blog at WordPress.com.